Beginner or advanced, all producers can benefit.

From beginner quick-start courses, to intermediate courses like mixing and mastering your music.  Even unique topics like song arrangement and releasing a commercially-ready beat tape!

Start slow with beginner courses.  Ask any questions when you get stuck!

A beautiful melody combined with a well-structured arrangement is key to making beats sound professional.

Not only will you learn notes and chords on a piano, but improvisation!
Create melodies on the fly!

Learn industry secrets while mixing and mastering to create space and clarity in your mixes.

As a producer, there’s a lot to know.
Get answers fast by asking the course creator.
All included in the membership.
Join Membership

Teaching truly is my passion.
Sign-up and become a member.
You will receive access to all courses, the private forum, and a members-only download area for my premium Sylenth1 and Serum presets!

Do I need FL Studio to join the Membership?

Absolutely not!  Most of the courses teach the fundamentals of music production, which relate to ANY music program.  (The odd course is FL Studio specific.)


How Soon Can I Start Watching the Videos?

As soon as you proceed with payment, you will be emailed with your login details.  Sign in, and you can start learning ASAP!  It really is that fast!


Can I Request a New Course?

YES!  I actually prefer you request courses, that way I can provide what you need as a student.  Other students have VERY similar questions.  (Don’t be afraid to reach out!)


What Authority does the Instructor Have?

Your instructor is GratuiTous.  A well-known educator of FL Studio within the industry.  He has worked with a GRAMMY-Nominated recording artist, and has written many books!


How Can I Ask Questions?

You can use the private forums to ask GratuiTous any questions about the courses, or music production in general.  All members can join in (or you can personally email GratuiTous.)


I want to learn fast, will this membership get me there?

If there’s one thing I take pride in with music production, it’s my workflow.  I LOVE keyboard shortcuts, and learning the most efficient ways to achieve a task.  So yes.  I CAN GET YOU THERE!

Ready to get started?

Learn FL Studio with a community. 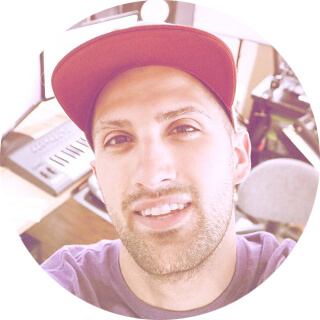 Starting music production in 2008, GratuiTous ventured in online education in 2012 where he started a popular website at the time called Beatstruggles.com.  He created over 100+ YouTube tutorials before creating online courses on specific topics.

He has worked with a GRAMMY-Nominated recording artist, releases a beat tape series called BEAT TAPES By GratuiTous, and has written 5 music production books on Amazon.

The most common feedback he receives from his students is: