PIANO FOR PRODUCERS
Listen to the New Podcast.
Blog  »  Updates   »   Moving on from the M-Audio Bx5a Deluxe Speakers!

Moving on from the M-Audio Bx5a Deluxe Speakers! 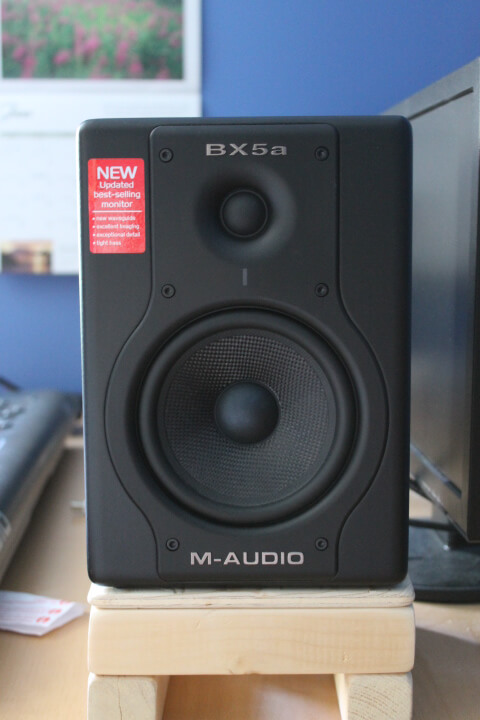 So I finally invested in some higher quality speakers.

Don’t get me wrong the Bx5a Deluxe speakers were great at the time, but they are only entry level speakers.

I’ve upgraded to the Yamaha HS80m’s and have been very happy so far with the results out of them (only had them for just over a month).

What Do You Think About Yamaha’s HS80m’s? 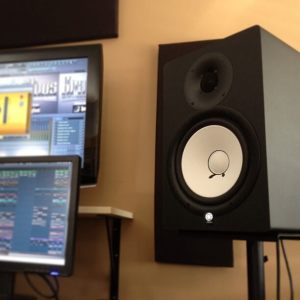 I didn’t notice a huge difference on them while making beats until I worked with vocals.  Once I heard my vocals over a beat, I was really impressed to hear the stereo image of everything that was going on.  I really felt my vocals were dead center and everything else was kind of in the background/to the sides.

Considering the prices you can get with Reference Monitor Speakers, these are still fairly low priced, but the reviews were almost all 5/5 stars retailer websites (sweet water, zzsounds, musicians friend etc.)

I always wanted to get monitors that were brutally honest, and I think I’ve found my match!

I’ve now really noticed when my tracks are becoming “too compressed”.  When I go back and listen to a few of my albums, I realize I was a little too hard on that ratio knob!!

Also, I’d highly recommend having a graphic/visual plugins. (Such as a graphic EQ where you can see what’s going on, a visual compressor, etc.)  This has really been teaching me when too much is too much!

Would you Recommend the Bx5a Deluxe speakers?

Ya for sure, they have taught me tons.  They’ve been a great learning curve.

Audio language is hard to understand.  It really doesn’t happen over night.  Just when you think you got it and understand it, that’s when you realize you got that much more stuff to learn!

Check out the review I wrote awhile back on the M-Audio Bx5a Deluxe Speakers.

Moving on from the M-Audio Bx5a Deluxe Speakers!

My Dog Jake Stands Up on a Certain Piano Note – LOL !