How To Remix A Song

Remixing is tricky stuff. But in this tutorial, I’ve broken remixing a song into four easy steps!

How to Get Vocals in Sync with a Beat,

This was a struggle for me when starting up! Getting the vocals in sync with your song. Even still, at times, it’s quite hard. What’s so hard about it is, a vocal can be in sync at times, then, later in the beat, it changes.

So how do you go about this? Well.. you can simply chop the vocal up to get it in sync. It can be really tedious for these types of vocals/audio.

So to break it down, and make it easier for you to understand how to remix, I made a video showing what is required.

4 Steps to Remixing a Song:

Tempo is how fast the beat is.

Many dance tracks will be around the 128-140 BPM, although that’s not important if you tap out your tempo right :).

For hip-hop, you’re looking anywhere from 70-140 BPM, especially with Trap beats entering the scene. But for real hip-hop, I think around 80-95 BPM is where they would sit.

How do you find out what key the song is in?

A good starting point is to figure out what the very first note of the song is, although, a song does not have to start on the route note of that scale, so this can still tell you nothing ;).

To learn more about the piano and scales, you can watch this video. Scales are very important to learn how to improvise when you play piano!

Going to Piano World, and checking out the scales is very important. This will tell you what notes are in each scale, and therefore, allow you to teach yourself how to improvise your piano skills over your beats. Why? Because you will know what notes are inside that scale, and what notes will work with your song!

This goes together with #2 what KEY the song is in.

The chord progression simply just means what chords are being played throughout the song.

Try it in a song and see what you turn out with!

Chord progressions have a huge impact on the emotion/feeling your song is going to have. Chords can make your song beautiful and uplifting song, aggressive, or a very sad song!

Take some time to research, or practice, some chord progressions to build up a catalog of your favorite chords!

4. Aligning the Vocals Over the Beat

Aligning vocals over the beat, or syncing vocals, is the hardest part of remixing, for me at least!

While aligning the vocal over the beat, make sure to have a snap of none. This allows you to move the vocal freely, not being locked into a certain step/beat.

Next, while aligning, find a word that is on beat and work off it! You will find, a few words will be in sync, and you’ll think you got it! — But that’s when you realize, ah, maybe a bit to the left.. or to the right. But one thing to mention, you’re close to the sweet spot!

Since I was remixing my own song, it was quite easy because I knew these four steps. I knew the tempo, the chord progression, and the key that the song was in, so it was just the matter of aligning the vocal.

Anyways, hope this video helped you guys out! Check out more tutorials ! 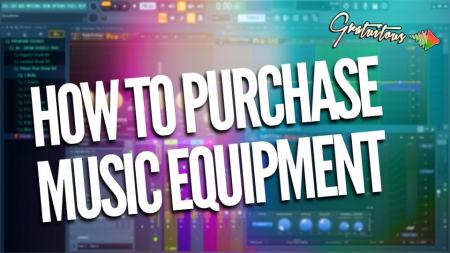 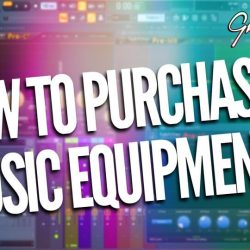