How To Make Your Vocals Stand Out

How Do You Get Your Vocals to Sit Nice In The Mix?

I’m definitely no professional yet, but I’ve come a long way!

In this video, I’ve shown you some pretty advanced stuff to help keep your vocals the attention of the song. So let’s go over that.

How Do You Get Clear Vocals?

Well, having a good recording is probably the most important.

To make your bad recording sound good, it would require lots of manually editing, taking out pops, clicks and hisses etc.

Although for me, I find myself doing this even on the good recordings just so everything sounds clear and the listener can focus on the song!

One day at a time. Everything takes time to learn.

So let’s move on, I’ll go over a bit from the video, plus some extra details.

Well, this one is pretty simple and very basic.

Panning is very beneficial by allowing other things to stand out. — For example, your vocals 🙂

This will clear things up for other sounds/instruments to cut through!

If you think and plan a bit ahead before you start recording, this will help you have a good plan for the finished product!

Also, knowing how to create separation in your sounds always helps!

So compression doesn’t only work for vocals!

Have a piano, bassline, or guitar that is not cutting through?

Gently apply your Compression. I’d recommend using EQ and Compression together to achieve this result. Also remember, the order you place your effects can have an impact on the sound.

So for example, if you put compression before EQ, it may affect your sound differently! Watch this video for more info.

REMEMBER, cut the low end of the vocal/instrument that you do not need. This takes away from your kick and bassline’s loudness and impact! (Plus, it will make your mix sound more clear).

Another thing compression does, is allow things to be LOUD!

Compression makes things loud by bringing the high parts lower, and the lower parts higher, thus, allowing you to boost up your song cause it is cutting those peaks that cause that distortion/clipping!

Compression is a very, very powerful tool. I personally am still learning how to use it to get the perfect results.

If things aren’t standing out, maybe go back to panning!

This one has been an awesome turn around for me!

How do they make mixing easy?

Well, if you watched the video, you saw how since I have all my instruments on one Sub Channel / Stem, I am able to compress them gently, allowing them to all blend together transparently. (That they all blend together nice, nothing is louder than the other — Unless I’ve purposely boosted one to be!).

When sounds are in sub channels, it allows you to get more organized on your mixer.

Because once you have your kicks blended nice together, you are not removing that blend, only increasing how loud it is (if you’re using more than one kick, which I like to do, because it makes the kick more “full“).

Plus this comes down to loudness as well, you can put some compression on the sub channel, lowering the peak, thus allowing you to get some extra loudness out of it!

Overall, sub channels make it very easy to mix, giving you less knobs and sliders to work with, and keep you more focused on what’s important, how it’s sounding ;).

Learn how to create clearer mixes by using sub-group EQing!

So again, the Sub Channels lead us into Stem Mastering.

In the video I showed you that since we had our instruments on one Stem/Sub Channel, we were able to cut some of the instruments HIGH FREQUENCIES, to allow our VOCAL to CUT THROUGH.

Then just apply the other video to learn how to master.

Let me warn you right now, mastering is much different than making beats and mixing.

This is where you want to try to achieve perfection, which often times results in a flop. The reason for the flop is because we try to make the beat so loud, that it takes away from the actual music!

Use some light compression to help boost the lower parts, maybe EQ up the highs a little bit, and don’t get tempted to totally squash your Master by boosting it up as loud as it can go!

One more thing to mention,

Automation is where you can boost up specific words. So in one of your verse let’s say you say:

Since I met Jesus, I will Never be the Same

Now every word in this verse may stand out solid, except let’s say “I Met”.

How do you fix this?

Do you just apply EXTRA COMPRESSION? Well, you could! But sometimes compression brings out artifacts in a recording that don’t sound good. Such as a person’s breath being the same volume as their words, clicks and pops within the vocalists mouth while singing/speaking, or even background noise such as a computer fan, paper from the written lyrics etc.

Using a bit of compression is fine, but you will still want to automate your volume slider to boost up I Met then go back down to where you had it for the rest of the words!

That concludes this tutorial!

So this was a very in depth solid tutorial. I hope you guys learned a lot.

2 thoughts on “How To Make Your Vocals Stand Out” 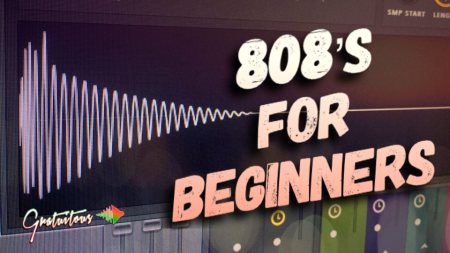