Before Making your Beat, Choose Your Scale and Key First!

Pushing random keys on your MIDI Keyboard sometimes works for awesome beats, but it’s pretty rare you come out with fire!

So why is it that sometimes you bang out hot beats, but other times you just can’t make anything work?

There is a reason for this!

If you’re guessing what notes to play, that’s your first problem!

You must pick a key and scale before you begin!  (The beatmaking process becomes much easier after that – trust me).

No worries, let me break it down, but first a quick story!

I took piano lessons as a child, but never enjoyed reading, or playing, another person’s music.

It did however help with learning notes on a piano (C, D, E, F etc.)

But once I started taking beatmaking more seriously, it was only then I knew I had to learn the piano to get to that level of beautiful productions.

Learn Piano as a Beatmaker!

Did you know, producers play the piano differently than a classical piano player? 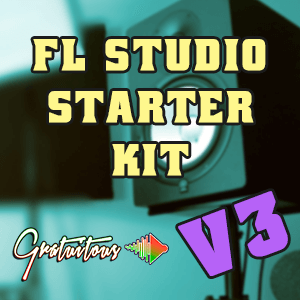 What is a Musical Key, and what is a Scale?

This video is quite old, but it will sure help you to get to know the basics of how a piano works, and make beat creation much easier!

I feel this is true to an extent.. but each scale can actually be the opposite.

So for example, C Major is actually the equivalent to A Minor! (So it’s just how you play those notes, in my opinion!)

Now just what is a scale and a key?

My favorite way to learn this stuff is to go to the piano world chord and scale helper.

There are radio buttons right below the piano diagram, select scale!

Starting off with C Major is the best way to get a feeling of how music theory works.

You’ll notice only white notes are in the scale of C Major!

These are the exact same notes!? Confusing right?

They are just up higher on the keyboard in this picture, but regardless, A Minor contains the same notes as in C Major; the’re all white!

Well, each major has an opposite minor like I said above!

Now, let’s try one more okay. Select the Root D (Key of D), and select Major as the scale.

This is going to be a great starting point to learn basic music theory.

Now we’re getting into some black notes!

Oh no right, it’s going to start getting confusing!

Inside the Key of D, we start on the note D.

The difference between Major and Minor scales is where the 3rd note, 6th note, and 7th note are played. (If you’re in pure minor.)

Difference Between Key and Scale Though?

Now if you ever went to church, you’re sure to come across someone say, “Let’s do this song in the key of G okay?” – or something similar!

What do they mean by the key of G?

So a key tells us what notes are to be played, but depending on our scale, the 3rd, 6th and 7th note can change.

If you’re confused, just know before you start to make a beat, pick a key and then a scale.

These notes go together well, and will make your beatmaking process much easier.

You’ll no longer have to be guessing if a note will sound good, you’ll know it’s in the key of your song, and you can use it to its fullest!

When you first start producing, you just hit notes hoping to create something catchy.

But once you become more experienced, it just doesn’t work like that.

By knowing the key and scale, you know the exact notes you can play, which makes creating melodies a lot easier.

I will say it again one more time.

If you know the key and scale of your track, you know which notes will sound good together.

It’s no longer a guessing game.

It’s now up to you to create a catchy melody/rhythm with these new notes. (That’s where that hard part comes in 🙂 )

How Choosing a Key + Scale Can set a Tone of a Track!

Before I said major means happy and minor means sad.

And in all honesty, yes this is true!

If you do pick a major or minor scale for your song, it does dictate the vibe of your track.

So feel free to try different scales/keys until you get the sound you want.

But just to mention, some keys are more popular than others – for example, a lot of gospel songs played in church as written in the key of D or G.

I believe this is to do with the frequency spectrum in regards to basslines for dance music, as well as how our human voice can fit easier with certain keys. (Don’t quote me though!)

And when starting to learn these scales.. it’s really easy to become overwhelmed by them..

That’s why I recommend only learning one or two scales and sticking to them until you become a better piano player.

Now that you know what notes you can play once you pick a key and scale, you’re now able to improvise on a piano.

It’s no longer a guessing game!

Once you build a drum loop, and start adding some chords, it’s how you can start adding instruments over top in unique ways that gets tricky!

Nonetheless, once you understand some basic music theory, you’ll be improvising and creating awesome beats in no time.

Everytime I go to create a new beat, I always love the feeling of starting from scratch.

Lay down my drum loop, add some instruments over top, and you’re on your way!

You never know where the beat is going to go, or a random move you’re going to make which takes the track to the next level!

Hopefully this post breaks down the basics of music theory to get you improvising on your piano in no time!

If it helped, say thanks below! I love talking with you guys! 🙂

Learn Piano as a Beatmaker!

Did you know, producers play the piano differently than a classical piano player?

4 thoughts on “Before Making your Beat, Choose Your Scale and Key First!” 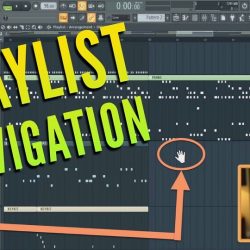 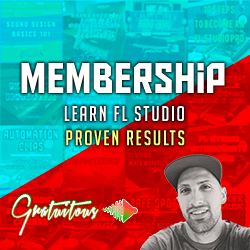